Top Places in Leh Ladakh for a Fantastic Trip - Backpackclan 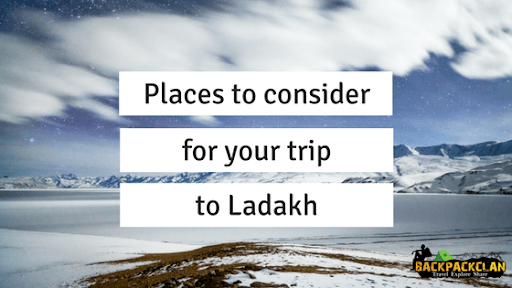 How about visiting your “dream destination”? Snow-capped peaks? A clear blue sky? Green and blue water bodies? High mountain ranges? Colorful landscape? Pristine rivers and the Pristine environment? All of these come together in the barren yet beautiful high-altitude Indian region of Ladakh.

Ladakh in Jammu and Kashmir is a paradise for adventure lovers and a driving trip to Leh Ladakh is one of the biggest dreams of every traveler. The pleasant cold desert is finally opening itself up to people who’re ready to explore the heavenly place. In case, this road trip has been on your to-do list, and you’re finally doing it, here is a list of places that you must visit.