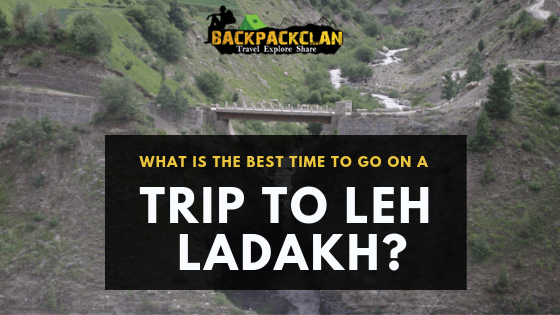 Ladakh, the so-called pristine and untouched beauty of nature is one item in your bucket list that has not been check-marked yet. You always have thought of Ladakh as a once-in-a-lifetime experience that will or has the power to bring some flavor and some sauce into your life. Although when you think of going on a trip to Leh Ladakh, your research finds out that Ladakh is one hell of an uninviting place with dangerous roads, numbing cold weather, and other risk factors pertaining to any mountainous region. But bad times are only to pass and not stay for long. Leh Ladakh has preferable seasons when you can take the expedition without much uncertainty and less risk.

Some people although they have a different perspective on this because they want to feel the thrill of the cold winters of Ladakh. Ladakh in winters is covered all over on thick snow which is one of the most breathtaking scenes one can experience. It has a different charm and beauty to it in winters but it differs because some people seek adventure and some are here just to experience and see the beauty of Leh Ladakh. Chadar Trek which is one of the most exhilarating trekking experiences in the world also takes place in the winter seasons when the Zanskar River is all frozen. It’s a 105 km long trek that can be completed in 9 days, this is only for those hardcore adventurers though.

But whoever you are, you must know exactly when to visit this paradise because we feel there is nothing black and white as such to anything. Think of that grey matter and know your priorities before you think of making your trip to Leh Ladakh. Here is the guide which can make you decide on which season is the best time for Leh Ladakh trip.

You might be yet confused even after reading this detailed article but we are here to help you. We will give you a helpful summary of what we have talked about in the above article. We will guide you when you should travel according to your travel objectives are.

So, if you are an adventurer and you want to travel in style on a bike with a big group then the month of April – May is best for you because you don’t have to go through the harsh monsoon weather in the coming months because of snow is not melted yet. You can also visit after the monsoon in the month of August if you don’t want to see the snow and see Leh Ladakh crystal clear full of colors.

If you have a family and you don’t want to take risks and travel around safely then for you the month of August to September would be the best time for Leh Ladakh trip. This month you will see the real colors of Ladakh and get to see what Ladakh is all about.

So now, you know when you should be visiting this paradise. Do your own research as well and take proper precautions before you embark on your road trip to Leh Ladakh. Safe Journey.