Pros and Cons of the Kedarkantha Trek - Backpackclan 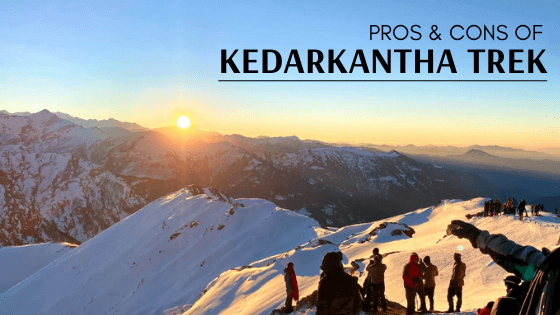 Planning to take Kedarkantha Trek? It is advisable that you go through the pros and cons of it before embarking on this trek. When it comes to taking the trek during winters, undeniably it is one of the best bets. Take a look at the top reasons why you should consider and also avoid taking a trek to this beautiful place on earth.

Now, that you are aware of the pros and cons of this trek in the Himalayas, it will be easier for you to decide whether you wish to take the Kedarkantha trek or not.

One thought on “Pros And Cons Of The Kedarkantha Trek”